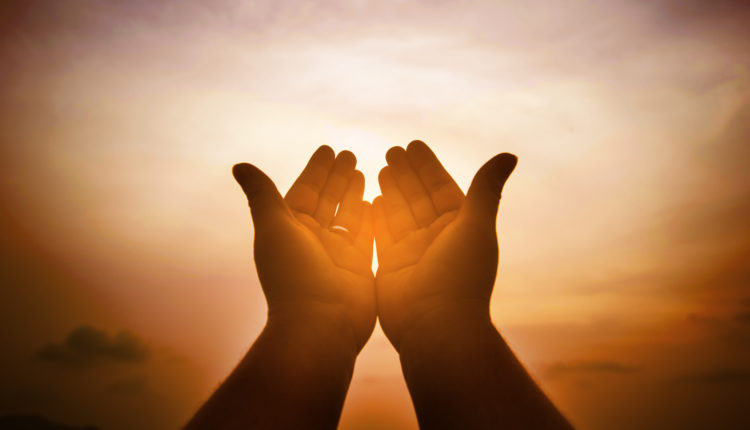 The Messenger always prayed to God before any action. The books of Tradition (hadith) record no case in which he did not pray. As mentioned earlier, prayer is a mystery of servanthood to God, and the Messenger is the foremost in servanthood. This is made clear with every repetition of the declaration of faith: “I bear witness there is no god but God; I also bear witness that Muhammad is His servant and Messenger.” Note that he is called servant before Messenger. Whatever he intended to do, he referred it to God through prayer.

God is the Creator of us and whatever we do. Although we should take necessary precautions and follow precedents to accomplish things in this material world, where cause and effect has a special place, we should never forget that everything ultimately depends on God for its existence. Therefore, we must combine action and prayer. This is also required by our belief in God’s Unity.

The Messenger’s knowledge of God can never be equaled. As a result, he was the foremost in love of, and paradoxically, in fear of Him. He was perfectly conscious that everything depends on God for its existence and subsistence. Whatever God wills, happens: When He wills a thing, His command is to say to it “Be,” and it is (36:82). Things exist and the universe operates according to the laws established by God and the fulfillment of prerequisites. Fully aware of this, the Messenger did what he had to and then, combining action with prayer, left the result to God with absolute confidence.

His supplications have been transmitted to us. When we read them, we see that they have deep meaning and accord exactly with the surrounding circumstances. They reflect profound belief, deep sincerity, absolute submission and complete confidence. Some examples are given below:

When you go to bed, perform wudu’ as you do before daily prayers and pray:

O God, hoping for (Your Mercy) and fearing (Your wrath), I submit myself to You, refer my affairs to You, and take refuge in You. There is no refuge or source of safety from Your wrath except You. I believe in the Book You sent down, and the Prophet You raised.

Without sins, a soul is like a polished mirror or a white cloth. Sins dirty the soul, and can be expunged only by repentance and asking His forgiveness. The Prophet used to pray the following, even though he was sinless:

“O God, put between me and errors a distance as great as that which you have put between East and West. O God, cleanse me of my errors as a white garment is cleansed of dirt.”

In addition to these supplications for specific cases, the Prophet also left behind comprehensive supplications of various lengths. We present some of them here:

Prayer was a fundamental part of the Prophet’s life. All the supplications quoted, together with many, have become keys in the hands of such great saints as Abu Hasan al-Shadhili, Ahmad al-Badawi, Ahmad al- Rifa‘i, and Abd al-Qadir al-Jilani, who used them to knock on the door of God’s Mercy.