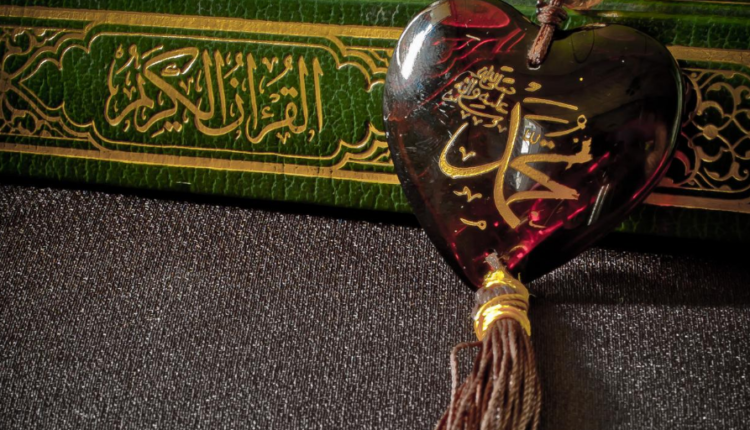 On his miraculous ascension to the seven heavens (Ar. mi‘rāj), the tradition charmingly narrates how Prophet Muhammad, peace be upon him and the archangel Gabriel enter the first heaven and proceed through all seven levels until they reach the Divine Throne (Ar. arsh). Along the way, they meet several prophets and messengers. On the first level, Prophet Muhammad is welcomed, saluted, and congratulated by Adam. The heavenly gate is opened and Gabriel does the introduction: “This is your father, Adam; pay him your greetings.” Therefore, the Prophet greets Adam and Adam returns the greeting to him: “You are welcomed, O pious son and pious Prophet.”2 The objective of the article is not to simply present the sayings of the Prophet (Ar. ahādīth) about Adam, but rather to explore some of the connections between the story of Adam and the people of Makkah through the Qur’ānic lens and answer, “How did the characteristic of Adam have an impact on the message of the Seal of Prophets?”

First, note that the Qur’ānic verses are not chronologically ordered, and that is why we don’t see the creation of Adam3 at the very beginning of the Book. Q 38:71 declares, “when your Lord said to the angels, “Behold! I am creating a human being from clay,” and this is the last account of Adam’s creation in the existing Qur’ānic order, but the first in the chronological order of revelation.4 Second, while the statement in Q 55:3 “created man (khalaqa al-insān)” is understood by most scholars as a reference to all of humanity, the word “man” is understood by some Muslim interpreters, such as al-Qurtubī, as a specific reference to the Prophet Muhammad or Adam.5

Once, in a conversation with delegates, the fatherless creation of Adam was reminded to the Prophet by God. In a theological discussion and investigatory dialogue with the Prophet, the Christian delegation from Najrān (Southern Arabia) insisted on the divine nature of Jesus Christ. Having not been convinced with the Prophet’s response that described Jesus as a God’s servant and messenger and also a spirit sent to the Virgin Mary, the group asked “Can you show us a person without a father; if you speak the truth, show us an example.” Then the archangel Gabriel revealed the following passage: “The creation of Jesus in reference to God resembles the creation of Adam. He created him from the earth, then said He to him, “Be!” and he is” (Q 3:59).

Qur’an declares that God taught Adam all the names, and as his descendants, all humans have inherited the ability of learning and knowledge of the names that God taught Adam (Q 2:31). In Q 18:110 and 41:6, Prophet Muhammad says that he is only a human being like the rest of Adam’s descendants. Therefore, like us, Prophet Muhammad had inherited knowledge of the names from Adam. However, unlike us, the mentioned passages continue to say that God revealed Prophet Muhammad a divine message. The knowledge of things was given to Adam in a condensed form and then, during human history, was taught to the thousands of prophets and/or messengers in relative detail according to their prophecy. The same knowledge progressed and expanded in the era of the Prophet in the form of rhetoric and literature and eventually became the greatest miracle; the Qur’ān.

We find in Q 6:163 the Prophet stating that he is the first of those who submit and the first of the Muslims.6 The earlier prophets, such as Abraham and Moses are already designated as Muslims in the Qur’ān, therefore this passage might mean that Prophet Muhammad was the first who surrendered himself to God among his community or at that time. The idea that the Prophet was the first Muslim can also be understood in relation to the Islamic spiritual concept of Haqīqah Ahmadiyyah (Ahmadan Reality) or Nūr Muhammadī (Muhammadan Light) which preceded even the creation of Adam, the first human. In this sense, the Prophet says in a hadīth that he was God’s servant and the Last of the Prophets “while Adam was still between water and clay.” Another hadith states that a Companion of the Prophet asked: ‘O Messenger of God, when were you a prophet?’ and he replied, ‘While Adam was between spirit and body.’”7

According to the tradition, after eating the forbidden fruit, Adam asks for forgiveness: “O God! I ask you to forgive me for the sake of Muhammad, Messenger of God.” God replies with a question: “How do you know of Muhammad even though I have not yet created him?” Adam responded: “Dear Lord! When You created me, I lifted up my eyes and I saw the following written on the gates of Heaven: There is no deity worthy of worship but God, and Muhammad is His Messenger. I know that You will put Your holy name next to only he who is the most deserving among those You have created.” Answering Adam’s prayer, God says “… For his sake, I will surely always forgive you. Had it not been for Muhammad, I would not have created you [or the heavens] either.”89

The Qur’ān announces that after approaching the forbidden tree –or eating the forbidden fruit– Adam and his wife Eve10 immediately accept blame and seek forgiveness, which is unquestionably distinct from the Biblical account, saying, “Our Lord! We have wronged ourselves, and if You do not forgive us and do not have mercy on us, we will surely be among those who have lost!” (Q 7:23).11 Their admission of guilt shows an awareness that their disobedience and forgetfulness have brought injustice only to themselves. They have “wronged themselves” in that their noncompliance has separated them from their unadulterated nature, perfect status, and more importantly from God. The repenting behavior and words of Adam and Eve exemplify the proper manner one should have after one has sinned. For instance, Q 4:64 affirms that when they had wronged themselves if the mentioned individuals sought forgiveness of God for themselves, Prophet Muhammad would also seek forgiveness for them, and they would then find God Relenting (Tawwāb) and Compassionate (Rahīm).12

Additionally, after Adam’s act of disobedience, exposure of his nakedness,13 and settlement on the earth,14 God sent down upon the Children of Adam “a garment to cover their nakedness, and garments for adornment” (Q 7:26). Some Muslim commentators refer to covering the nakedness mentioned in the verse to criticize the pre-Islamic practice of circumambulating the Kaʿbah naked. In the time of jāhiliyyah, according to Makkans and other pilgrims, it was not proper to come to the Ka‘bah with clothes on in which they had sinned, so they circumambulated the Kaʿbah without any clothes on, clapping their hands. Another verse commands the children of Adam to put on their clean and beautiful clothes when they go to the mosque each prayer time (Q 7:31). Therefore, it has become an established practice of Prophet Muhammad to put on his best and cleanest clothes when praying.

Q 3:96 declares that “Truly the first House (of Prayer) established for humankind is the one at Bakkah,” an alternate pronunciation of Makkah.15 Though Q 2:127 tells the story of Abraham and his son Ishmael building the House, some traditions offer us a much more ancient origin for the Ka‘bah going back to Adam. In several narratives with questionable authenticity found in many tafsīr collections, as an answer to Adam’s plea for forgiveness, God lets him know that He will send down a House around which people will circumambulate, just as the angels circumambulate the Divine Throne. The House is raised from the earth and then disappears with the Great Flood in the time of Noah until Abraham comes and, with Ishmael, brings out the foundations once again, rather than building the House from scratch.

As narrated in Q 2:125-129, Abraham’s rebuilding the Ka‘bah with his son Ishmael is regarded as a significant indication and sign that the Last Prophet, who would make the Ka‘bah the main focus for his followers in his teachings, was to appear among the descendants of Ishmael. Several narratives on the origin of the Ka‘bah appear in the biography of Prophet Muhammad. After repairing the Cubic Shrine, every tribe in Makkah wanted to place the Black Stone (Ar. Hajar al-aswad), which they deemed to be sacred, yet eventually, to resolve the conflict and possible bloodbath, by involving every tribe in the process, the Prophet himself put it in its place. Though its actual source is unknown, this stone’s origins were to be believed in Heaven and had come to the earth with Adam.

The Quran relates the stories of prophets in a way that allows them to serve as role models for Prophet Muhammad and for other Muslims about how to submit to the will of God. The same stories comfort the Prophet in light of the insults and ridicule he received from his opponents in Makkah, reminding him that this was a common occurrence among previous prophets (Q 15:95-97). In our story here, Iblīs’16 refusal to prostrate before Adam, his ego, and his transgression against his Lord’s command in Q 18:50 are regarded as an additional criticism to the wealthy and arrogant Makkans, reminding them that Iblīs’ rejection to bow down before Adam17 was based similarly on vanity, narcissism, and a false sense of supremacy over Adam. Similarly, Q 20:115-24 also narrates the story of Adam’s creation, temptation, expulsion, and forgiveness. It then encourages Prophet Muhammad to be steadfast in the face of the Makkans’ insults and abuses.

Concerning Adam’s lapse, the Qur’ān demonstrates why Adam should be considered purified and firmly confirms that God made a pact with Adam before, but he forgot: “And He found no determination or resolution in Adam” (Q 20:115). Forgetfulness is a common human defect, beginning with Adam, and based on this slip, the Prophet is reported to have said, “Adam forgot, and thus his progeny forgot.”18 Adam is the model for human beings to follow since God taught Adam the names, all of them (Q 2:31). This forgetfulness had necessitated a long series of prophetic notices and reminders, which are themselves also frequently forgotten.19

From Islamic point of view, each period of the Abrahamic religious tradition can be seen as the continuation of one single divine revelation beginning with Adam and finalizing with the Prophet Muhammad. The recurring motif of receiving, forgetting, violating, and renewing the covenant (Ar. ahd) with the Creator, which happens to be the central theme of the Old Testament, begins in the Qur’ān with the first human being. In fact, the entire human history is put in a nutshell in the life of Adam himself. Adam was the first human being on the earth and the first Prophet. Though he conveyed the message of One God for the very first time, his mission was, to a certain degree, restricted to his own children only. As for Prophet Muhammad, as a messenger and mercy on mankind, he delivered the same foundational message to all of humanity.

Fatih Harpci is an Assistant Professor of Religion at Carthage College. His research areas include Islamic history, Islamic eschatology, and Christian-Muslim relations. His Ph.D. dissertation examines the Hadiths reports of Prophet Muhammad’s words about and attitudes toward Jesus (‘Isa in Arabic). The study focuses especially on Prophet Muhammad’s statements concerning Jesus’ second coming and his messianic roles toward the End Times.