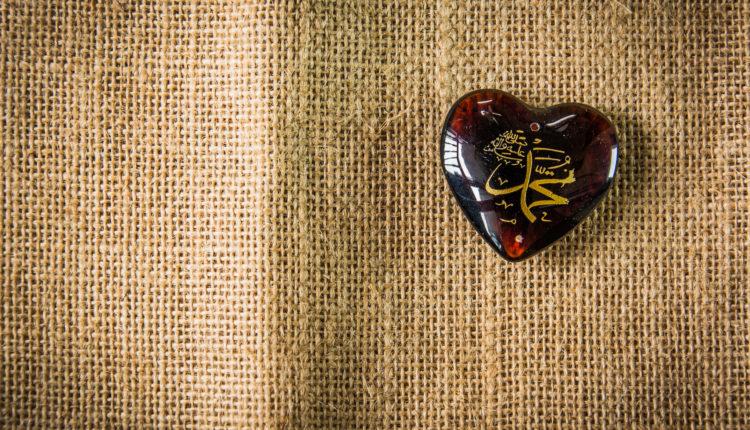 Our Prophet ﷺ would not wear monotype clothing all the time. In general, He would wear a “harmani.”1 He used black, leather socks that Negus sent him. The end of His turban would sometimes hang down towards His blessed chest and sometimes towards His shoulders. His turban would mostly be black. He used to wear a cap under His turban. He never wore a pointed cap or coif. He said “What makes us different from the polytheists is that we wear a cap under the turban.”2

Our Prophet ﷺ liked wearing a dress called “kamis.”3 Kamis is a type of shirt stretching out from head to foot. It is said that our Prophet ﷺ liked it because it was not a two-piece clothing like “rida” and “izar” and covered the whole body. “Kamis” is generally made of cotton fabric. The sleeves of Our Prophet’s shirts would stretch down to His wrists.4

He used to like striped fabric on dressing.5 It is called “Hibere” in Arabic. Hibere is a green fabric pertaining to Yemen. He ﷺ liked green colored dresses, since the dresses that the people of Heaven will wear will be green. He would sometimes wear Damascus loose robes. When he was making wudu, He had to take off their sleeves because rolling them up was not possible due to their tightness. He also wore Nushiravan “Harmani” that had silky embroidery at their pockets and collars. After the Prophet’s death, Hadrat Aisha (Radiyallahu Anh) told that “Hadrat Prophet ﷺ passed away within these clothes” taking out a patched cardigan and broadcloth sarong.

When our Prophet wore new clothing, He would pray “O Allah, all praise is to You, just as You have dressed me, I seek Your blessings of it and the blessings of what it is made of and I seek protection and Your refuge from all evil and the evil of that which it is made of.”7

As understood from several narrations, Hadrat Prophet ﷺ dressed in almost all colors, such as black, red, green, yellow. However, His favorite color in clothing was white.8 He stated “white is the most beautiful one among colors” regarding white color.9

He would sometimes wear a cloth made of plain striped fabric. His shoes were a type of shoe with a flat sole and tied over feet.

Hadrat Prophet ﷺ never liked vanity. However, He would sometimes wear valuable and good-looking clothing, especially when they were sent as gifts.  Abd Allah ibn Abbas (Radiyallahu Anh) put on a dress made of the most valuable fabrics from Yemen when he visited Haruriyyah as an envoy.

– O, Ibn Abbas, what kind of clothes is this? Ibn Abbas replied:

– Do you object to my dressing style? I saw Hadrat Prophet ﷺ in the most beautiful dresses.10

For more information, one can explore the “Clothes” section in Abu Dawud’s Sunan.