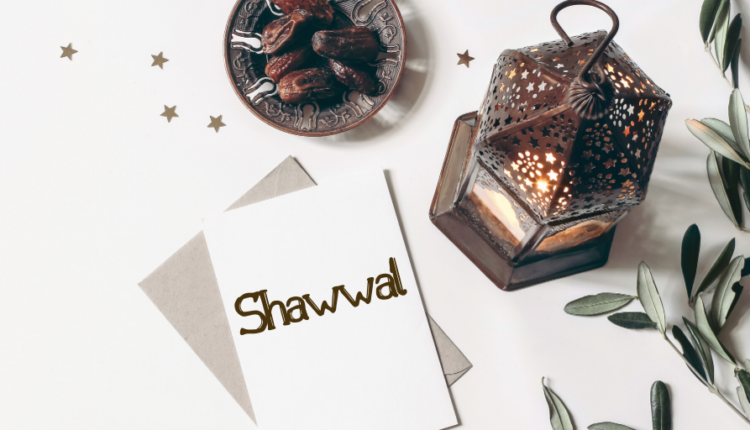 The month of Shawwal is the month after Ramadan in which the first three days are celebrated as Eid al-Fitr. The Prophet (ﷺ) practiced and encouraged fasting during six days in Shawwal (except for the first day of eid). 1

The Messenger of Allah (ﷺ) states that anyone who fasts six days in Shawwal after Ramadan would be as if they have fasted all year long:

Abu Ayyub narrates from al-Ensari (raduyallâhu anh): The Messenger of Allah states that: “Whoever fasts Ramadan, then follows it with six from Shawwal, then that is (equal in reward) to fasting everyday.” 2

How to fast during Shawwal?

On the other days of Eid al-Fitr and in the Shawwal, nafl or make-up fasting can be performed. There is no obligation to perform this six-day fast consecutively; it can be performed at intervals.3 For example, one can fasting on Mondays and Thursdays in Shawwal, since fasting on these days is a sunnah of the Prophet (ﷺ). Hz.Aisha recalls that the Messenger of Allah (ﷺ) would look forward to the fasting of Monday and Thursday.4

Abu Huraim reported Allah’s Messenger (may peace be upon him) saying, “The deeds of people would be presented to Allah by the angels every week on two days, Monday and Thursday, and every believing person would be granted pardon except the one in whose (heart) there is hate against his brother and it would he said: Leave them and put them off until they are reconciled”.5

“Deeds are presented to Allah on Monday and Thursday, and I would love to have my deeds be presented while I am fasting.”6