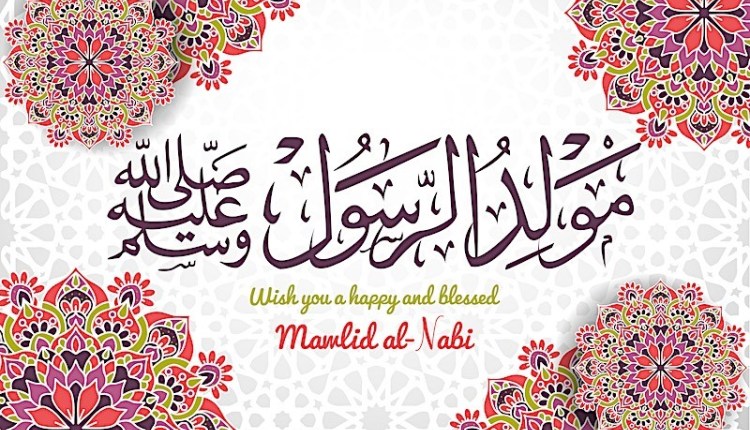 Abdul Muttalib’s trust in Allah and what had happened to Abraha’s army had become tales that people would tell each other. Minds were blown away, and it was now clear to all that the Ka’ba built by Prophets Ibrahim and Ismail, peace be upon them, through prayer and physical efforts would never be destroyed. Now the world was getting ready to see the fruit of their prayer.

Amina was pregnant with the Last Messenger whom humanity was eagerly awaiting, and her pregnancy was going very smoothly without the usual pains and difficulties that other mothers experience. Apart from that, several good tidings were be- ing whispered in her ear. One day she heard the following: “Verily, you are pregnant with the lord of the community, the ummah. When you give birth to him, say ‘I entrust him to the One against the evil of the jealous’ and then name him ‘Muhammad.’” 1

Amina was much moved by what she had experienced. Yes, she would bring him, whose father had died, to the world. But what did it mean that this orphan would be the ‘lord of the ummah’? She had not heard the name Muhammad before. It was not a common name at the time. It had been given to only three people in Hijaz. They were all people whose fathers had spent time with kings and all were the People of the Book.

They had all died during their wives’ pregnancy and before they died, they had all told their wives to name the child Muhammad should the child be a boy, for they all knew that the Last Messenger who would come towards the end of time would be called Muhammad and that his star was about to be born.2 The child she had been entrusted with was now the subject of her dreams, and what she saw alleviated some of her heavy load. One day she would dream that a great light was emanating from her body, one that enlightened the palaces of Basra and Damascus.3

The date was 20 April 571. Around 50 days had passed after the incident with the elephants. The lunar calendar was showing the 12th of the month of Rabiulaw- wal. It was a Monday. The dawn was about to break and a birth was taking place that would bring light to all darkness. With Amina were present Mother Shifa, the mother of Abdurrahman ibn Awf, and Mother Fatima, the mother of Uthman ibn Abi’l-As. Then the Last Sultan, Prophet Muhammad, peace and blessings be upon him, whose good tidings had been sung for centuries, honored the world with his com- ing, with a very easy birth. Amina’s son had come to the world; but he was unlike any other children. His lips were moving and he seemed to be saying something. Mother Shifa listened carefully and heard him say the words “May Allah show mercy on you.” The room was full of light, and the East and the West were infused with this light. The light was so intense that one could see as far as the palaces of the land of the Romans, the eastern Roman Empire.4

Mother Fatima witnessed that all corners of the house were full of light. It was as if the stars in the sky had descended on the earth.5

Word was sent immediately to Abdul Muttalib who was praying at the Ka’ba at the time. He hurried to the house. When he held the Light that the universe had been waiting for, his beard was washed with tears. The fatherless son of the son he loved most, the son of Abdullah, had now come to life and was looking at him with meaningful eyes. The mark between his shoulder blades had caught everyone’s attention; this was the mark of Prophethood of the Last Messenger as described by many religious scholars. When it came to naming him, Amina told Abdul Muttalib what she had dreamed of and they named him “Muhammad.” Then to explain his gratitude, Abdul Muttalib took his grandson to the Ka’ba. Now the Ka’ba was meet- ing its twin. When asked why he had given his grandson this name, Abdul Muttalib would answer: “I saw a chain made of silver in my dream. A pillar was rising from this chain; one end was going towards the sky and the other to the depths of the earth. There were two more poles, one rising towards the east and the other to the west. Then it all seemed to transform into a tree. Each leaf was full of light. Every- one in the east and the west were turning their face to this tree and were trying to hold fast to it.”6

He had asked the meaning of this dream to interpreters and they had said that someone that would come from his line would be considered a pillar and be followed by those in the east and the west; that the creatures of the heavens and the earth would bless him and make him their leader. When Abdul Muttalib put these together with what Amina had said, he had no more hesitations and started to call his grandson Muhammad.

Seven days passed, and as is the Arab custom, he took his son and had him circumcised.7

The woman who breast-fed the Messenger of Allah after his mother when he was only a week old was Suwayba, the slave girl of Abu Lahab. Abu Lahab had given her freedom as a token of his joy when she brought him the news of his nephew’s birth. It is known that the uncle who becomes the eternal adversary of his nephew after the Prophet starts to receive the revelation will be given a measure of solace due to this humane action of his. A year after his death, Abu Lahab appeared in his brother Abbas’s dream. He seemed to be in a very bad condition. His brother asked: “So what happened to you? What have you seen there?”

Upon which Abu Lahab pointed to between his two fingers and said: “After leaving you I have not experienced anything good; I can only get a gulp of water because I gave Suwayba her freedom.”8

Wet nurse Suwayba had also breast-fed another son of Abdul Muttalib, our noble Prophet’s uncle Hamza before; thus Hamza and the Messenger of Allah had become milk brothers.9

The Incident of the Elephant