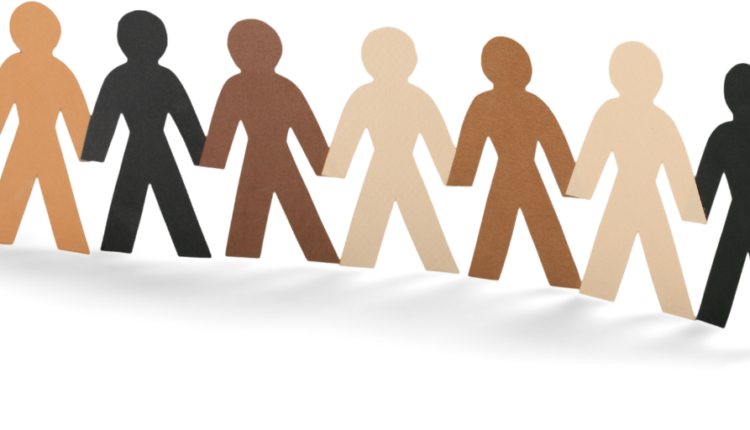 For Muslims, the Qur’ān is the very Word of God which speaks to not only Muslims themselves, but all people. It speaks about human beings who need to live together in peace and justice and also to cooperate for the rest of the world. Qur’ān 49:13 states that the world is made up of different families and tribes; yet humankind has descended from one pair of male and female, so everyone is part of one big family or nation before God. The passage calls upon all people to reflect upon the diversity of races and tribes and suggests that differences in race, ethnicity, religion, or nationality can be means through which human beings have a deeper appreciation and healthier understanding for the reality of the human condition.

The Qur’ān also underscores the point that among God’s signs is the variation in our tongues and colors, and in this are signs for those who know (Qur’ān 30:22). The explicit mention of “colors” in the verse indicates races, and it can also be considered a reference to various states or conditions of human beings. The Qur’ān makes it crystal clear that outward human differences that distinguish humans, such as race or ethnicity, are the result of God’s Will and Wisdom with the objective of improving the spiritual integrity of human beings and also one of the greatest tests that human beings encounter in this world.

One of the individuals who unquestionably aced this test was Prophet Muhammad ﷺ. During the time of the Prophet, today’s racism was disguised as clannism and tribalism, known as al-asabiyyah. The members of Quraysh, the leading tribe of Makkah considered Arabs in general and their tribesmen in particular superior to all other individuals in the 7th century Arabian Peninsula. The Qur’ān defines this moral, social, and religious state of mind as jāhiliyyah (lit. age of ignorance).1

Such mentality, which takes social and economic status into consideration, was characteristic of the tribal system in the period of ignorance. In this regard, jahl is not just the opposite of “ilm” (knowledge) and denotes not only “ignorance,” but also savagery, barbarism, arrogance, and being bound to one’s desires that one cannot differentiate right from wrong and justice from persecution. In a hadith reported by Jubayr ibn Mut’im, the Prophet announces: “He is not one of us who calls to tribalism [asabiyyah]. He is not one of us who fights for the sake of tribalism. He is not one of us who dies following the way of tribalism.”2

The religion of Islam absolutely prohibits all blood, class, and color-based discrimination, condemning it as an attitude resulting from steep ignorance and barbarism. Once, a group of prominent Makkan leaders indicated that they wished to join the Prophet’s teaching and preaching circle, but they would hate to sit among and be associated with his low-social-standing followers, such as slaves or former slaves who had been given their freedom, –who both had different skin colors. So, they asked the Prophet to send them away. Knowing very well that keeping people separated according to their social status or class would be clear injustice, Prophet Muhammad ﷺ undoubtedly rejected such proposal3 for, as he had already indicated in one of his famous hadiths reported by Abu Hurayra, “verily God does not look to your faces and your wealth but He looks to your heart and to your deeds.” 4

In his own words, the Prophet “…was not sullied by the filth of the jāhiliyyah.”5 In the jāhiliyyah when fundamental human rights were never taken into consideration and when the powerful oppressed the weak, the Prophet got involved in an alliance called “Hilf al-Fudul” (Alliance of the Virtuous). Along with the Prophet, other league members pledged to seek justice and fair treatment for the oppressed or anyone who had been wronged regardless of race or social and economic status. This assembly against injustice and discrimination was funded mainly by the Banu Hashim, the clan that Prophet Muhammad was born into.

The life and teachings of the Prophet marks a remarkable transition from the attitudes of pre-Islamic Arabia. An account attributed to the Prophet –or Imam Jāfar al-Sādiq himself–, especially well-known in Shia circles, professes this fact: “whoever possesses in his heart asabiyyah even to the extent of a mustard seed, God will raise him on the Day of Judgment with the Bedouins of the jāhiliyyah.”6

Condemning tribalism and preaching a racial equality, he declared in his last sermon in Makkah:

Prophet’s core message always prioritized eradicating tribalism, breaking socio-economic barriers, and establishing social justice. Among those who embraced the message of Islam were the poor, weak, and enslaved, such as Ammār ibn. Yāsir, Habbab ibn Arat, and Bilāl al-Habashī. An Abyssinian slave named Bilāl, later freed by Abu Bakr, became responsible for making adhan, the call to prayer five times a day and also for other essential public announcements. In selecting Bilāl al-Habashī for this significant and respectable assignment without any regard for his position in society, the Prophet showed that social segregation and marginalization based upon ethnic origin was not to be permitted in the eyes of Muslims. In the year of 630 when the idolaters surrendered the city of Makkah, once an oppressed slave stood up as a free man on top of the Ka’bah, calling out the call to prayer by courageously testifying Allahu Akbar (Allah is Great). In a hadith reported in Sahih al-Muslim, the Prophet even stated, “even if a black Abyssinian Muslim were to rule over Muslims, he should be obeyed.”7 No one can claim any superiority over the other based on skin color, race, ethnicity, language or wealth. As openly declared in Qur’ān 49:13, superiority and nobility are by righteousness and piety alone.

The Companions of the Prophet came from diverse racial, ethnic, and social backgrounds including a Persian (Salman al-Fārisī), a Roman (Suhayb ibn Sinan al-Rumī), and an Ethiopian (Bilāl al-Habashī). Zayd b. Hāritha, a slave freed by Prophet Muhammad ﷺ, was married to Zaynab bint Jahsh, one of the wealthiest and noblest women of the time. Additionally, the Prophet appointed the same Zayd as commander of the Muslim army in the Battle of Muta, even though the army consisted of many prominent individuals such as Abu Bakr and Umar b. Khattāb.8 The Beloved Prophet also appointed Zayd’s son Usāma to lead the army he formed in his death bed. By assigning Usāma b. Zayd as the commander of the army where Abu Bakr, Umar b. Khattāb, and Khālid b. Walīd were already in the ranks, Prophet Muhammad reminded Muslims that a person is distinguished over another not by race, skin color, or social class.

The biography of the Prophet also contains narrations in which the Prophet rebukes his own companions and friends due to their prejudicial and stereotypical words and actions. Once Abu Dharr al-Ghifārī got so mad with Bilāl al-Habashī that he insulted him: “You son of a black woman!” Bilāl described the incident to the Prophet in tears. The Prophet reprimanded Abu Dharr: “Do you still have a sign of jāhiliyyah?” Later on, Bilāl forgave Abu Dharr, and they were reconciled.9

In the Qur’ān, God honors the children of Adam and affirms human dignity regardless of humans’ social, racial, and cultural affiliations (Qur’ān 17:70). The Holy Scripture puts so much emphasis on the fraternity of humanity, and Qur’ān 2:213 even uses the phrase “ummatan wāhidah” (one nation) to describe the essence of humanity. This was the ultimate message of the Prophet: to be one ummah comprising all humans. As an Arab proverb stresses, people are equal like the teeth of a comb.10 Neither an Arab can be considered better than a Turk, nor a white-skinned European considered better than a black-skinned African.

Fatih Harpci is an Assistant Professor of Religion at Carthage College. His research areas include Islamic history, Islamic eschatology, and Christian-Muslim relations. His Ph.D. dissertation examines the Hadiths reports of Prophet Muhammad’s words about and attitudes toward Jesus (‘Isa in Arabic). The study focuses especially on Prophet Muhammad’s statements concerning Jesus’ second coming and his messianic roles toward the End Times.