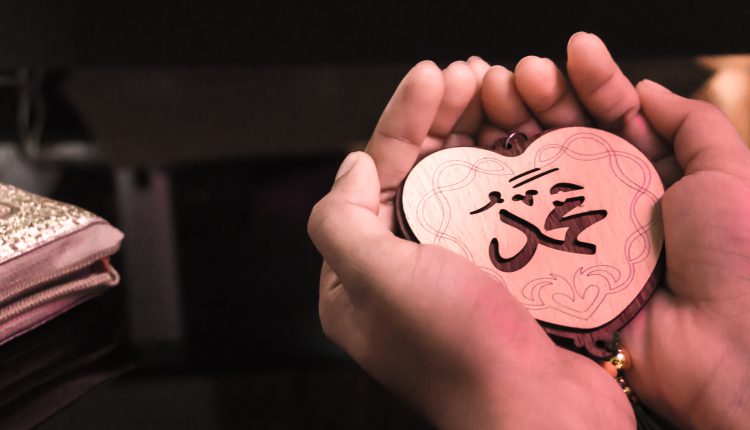 “None of the great figures of history is so poorly appreciated in the West as Muhammad.”
W. Montgomery Watt

Michael Hart received much heated criticism from some of his readers when he listed Prophet Muhammad, peace and blessings be upon him, as the most influential person of all times in his book entitled The 100: A Ranking of the Most Influential Persons in History.

While Hart’s criteria for selection was fairly objective, for most people seeing the name Muhammad ahead of names like Mahatma Gandhi or Jesus was startling, if not outright disturbing. For people of the western world who are trying to understand Prophet Muhammad, his human character, his ethnic background, and negative stereotypes unjustly associated with him sometimes present a barrier that needs to be overcome. One of the common stereotypes about Prophet Muhammad ﷺ is to view him as a pious man who dedicated his life to saving his community, the pagans of the Arabian Peninsula, from their wretched lifestyle by claiming prophethood. This view, while appearing innocent at first glance, seriously overlooks his lifetime achievements and his impact on the history of humanity.

The Implications of Two Views

It must be emphasized that being a pious person and trying to save a community by declaring prophethood is not the same, in any way, as being a real messenger of God. The first case implies that the person is essentially a liar. While many adjectives have been associated with Prophet Muhammad, “liar” has never been one of them. Indeed, he was known by his community as their most trustworthy member, al-Ameen in Arabic. Disbelievers accused him of being a magician or a crazy person, but never of lying. In the words of Montgomery Watt:

“His readiness to undergo persecutions for his beliefs, the high moral character of the men who believed in him and looked up to him as leader, and the greatness of his ultimate achievement – all argue his fundamental integrity. To suppose Muhammad an impostor raises more problems than it solves. Moreover, none of the great figures of history is so poorly appreciated in the West as Muhammad.”1

Prophet Muhammad ﷺ lived for 23 years after receiving the first revelation. His companions continuously observed the minute details of his life. Their acquaintance with him only increased their devotion to him. If there had been the smallest sign of insincerity, they would have noticed and would have abandoned him. This never happened. The early Muslim community that started with his wife Khadija and his cousin ‘Ali ibn Abu Talib (may God be pleased with them) in Makka numbered over 140,000 by the time of his death, 23 years later. Some companions were so fond of him that they even saved pieces of his beard and kept them as valuable mementos.

The issue of the authenticity of Prophet Muhammad’s message is a two-sided issue. The two sides in this case are infinitely distant from one another. On the one side is the view that he was a genuine messenger of God. On the other is the position that he was a pious person who worked to save his community from ignorance by declaring his prophethood when indeed this was not the case.

If one views the Prophet, peace and blessings be upon him, superficially, in the light of what history books narrate of the beginning of his life, one will not be able to perceive him and appreciate his worth or recognize his character fully. However, the religion of Islam and the world civilization of Islam have flourished from him. One should consider the narrations of history and biography books as a thin cover. This cover can be split, just as the Prophet split the moon into two with a single gesture of his finger, and this shows him as the seed and founder of this civilization. One should regard what one sees of the merely human dimension of the Prophet as being the outer covering of the seed from which the blessed tree of Prophet Muhammad ﷺ has grown. It is a tree that has been watered by Divine blessings and has flourished continually through time with the help of Divine favors. Whatever one hears of the beginning of his life, of his merely human qualities and states should not lead one to get stuck there. Rather, one should immediately direct one’s attention to the degree of greatness he attained at the final point of his greatness, impossible to perceive without recognizing the hand of the Lord of the Universe.

The Fruits of the Tree of Muslim Civilization

Indeed, if we examine what fruits the tree of Islamic civilization bore, we can make the following observations: The polytheist Arabs of the Arabian Peninsula had many despicable habits that were ingrained in their culture. For instance, they used to bury their daughters in order to be saved from the embarrassments these girls might bring on the family when they grew up. Usury, adultery, racism, oppression of the weak, the worshipping of idols, oppression of women and the elderly, rampant drinking, and tribal feuds were the norm of this era. In place of these habits, Prophet Muhammad ﷺ established virtues, such as charity (to the needy and the relatives), strong family bonds, universal brotherhood of humankind, truthfulness, kindness to the elderly and especially to one’s parents, caring for orphans, the observation of freedom of choice in religion, respect for animal rights, among others. His success in eliminating the vices of racism from his people’s consciences was noted by the famous British historian Arnold Toynbee:

“The extinction of race consciousness as between Muslims is one of the outstanding achievements of Islam, and in the temporary world there is, as it happens, a crying need for the propagation of this Islamic virtue.”2

It is well known to behavioral scientists and social workers that a minor habit, such as cigarette smoking, in a small community can be removed permanently only by a powerful authority with great effort. But Prophet Muhammad ﷺ was able to remove numerous ingrained habits from great nations that were intractable and fanatical in their beliefs with slight outward power and little effort over a short period of time. In their place he established exalted qualities, virtues common to most world religions, which mingled firmly with their souls. He achieved many extraordinary feats like this. Thus, the Arabian Peninsula of Prophet Muhammad’s time stands as a challenge to those who refuse to see the testimony of the blessed age of the Prophet. If we were to take a hundred philosophers, go there, and strive for a hundred years, would we be able to carry out in that time one hundredth of what he achieved in a year?

Thomas Carlyle was amazed as to “how one man single handedly, could weld warring tribes and wandering bedouins into a most powerful and civilized nation in less than two decades.” He further commented:

“The lies, which well-meaning zeal has heaped round this man (Muhammad), are disgraceful to ourselves only.”3

While Prophet Muhammad ﷺ performed many miracles, his greatest miracle given to him, the Qur’an, continues to inspire and guide over a billion Muslims in their lives. Many non-Muslim translators and the commentators of the Qur’an have praised it as a masterpiece of Arabic literature.

The Mirror and the Source

The Messenger of God, peace and blessings be upon him, is purely a created servant of God Almighty, one much more advanced than anybody else in worship and servitude to Him. We must view him as one who is the object of Divine manifestations. Whatever perfections he displays are from his Almighty Lord. No created thing, whether big or small, can be, of itself, the real source or origin of anything. But, the tiniest particle can, like a mirror, contain even the stars of the heavens, reflecting what is manifested in it of God”s magnificence. Those who are heedless of this fact may fall into the trap of viewing each thing in respect of itself, and not in respect of the origin of the light reflected in it. Prophet Muhammad was a mirror that reflected the light of the Lord of the universe. To see him otherwise is to deny the historical record of the magnificence of Islamic civilization.

In these difficult times of the early 21st century, people of the world have found a renewed interest in the life and teachings of Prophet Muhammadﷺ. The unbiased seeker of truth has to understand the motives of those sources who present him as a pious man who lived in the 7th century Arabian Peninsula and tried to uplift his community by declaring propethood. This seeker should raise his sight from the broken egg, which is the human and ethnic background of Muhammad and view the magnificent peacock that is the servant of God who led his people from darkness to light, and continues to inspire billions. And they need to raise their sights from the seed that is the human Muhammad to the magnificent tree of Islamic civilization with its many fruits.

Many enlightened intellects have done exactly this. In his work entitled Historie de la Turquie, the famed French author Lamartine wrote: —Philosopher, orator, apostle, legislator, warrior, conqueror of ideas, restorer of rational dogmas, of a cult without images; the founder of twenty terrestrial empires and of one spiritual empire, that is Muhammad. As regards all standards by which human greatness may be measured, we may well ask, is there any man greater than he?—4 His view was echoed repeatedly by many well-known names of the world, such as Goethe, Bismarck, Thomas Carlyle, G. Bernard Shaw, and Gandhi during the subsequent centuries: —I become more than ever convinced that it was not the sword that won a place for Islam in those days. It was the rigid simplicity, the utter self-effacement of the Prophet, the scrupulous regard for pledges, his intense devotion to his friends and followers and his intrepidity, his fearlessness, his absolute trust in God and in his own mission. These and not the sword carried everything before them and surmounted every obstacle— (Ghandi, Young India, 1922).

In response to the western labeling of —anti-Christ,— the Nobel laureate George Bernard Shaw said: —I have studied him, the wonderful man and in my opinion far from being anti-Christ, he must be called the Savior of Humanity. I believe that if a man like him were to assume dictatorship of the modern world, he would succeed in solving its problems in a way that would bring it much needed peace and happiness.—5 The name Muhammad derives from an Arabic root which means —love.— In the Qur’an, God mentions him as a —mercy upon humankind.— But this image strikes a sharp contrast with his current image in the West in the light of recent developments. The true image of the messenger of God is shadowed by historical and recent negative associations that have created a temporary blindness to the magnificent achievements of his lifetime and to 14 centuries of Islamic civilization. To quote again the words of Montgomery Watt, —none of the great figures of history is so poorly appreciated in the West as Muhammad.— Therefore, the unbiased seeker of truth of the 21st century has a duty to study the life and the message of this great messenger with an open mind, going beyond stereotypes.