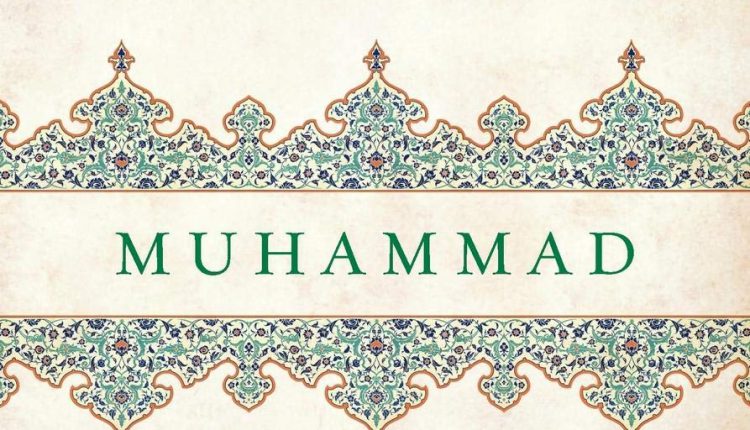 When Karen Armstrong was asked to make a wish as one of the 2008 TED prize winners, she wished for a Charter for Compassion to be crafted by a group of thinkers from the three Abrahamic traditions, based on the fundamental principles of universal justice and respect. She has authored a long list of publications about the mainstream religions with the same perspective. Armstrong believes that as a paradigmatic personality, the Prophet Muhammad has important lessons, not only for Muslims but also for Western people. The title of her most recent book on the Prophet of Islam reflects this message-Muhammad: A Prophet for Our Time.

I remember Karen Armstrong at the Islamophobia conference in Istanbul, telling us how Americans rushed to the bookstores after the notorious 9/11 events and swept the books they could find on Islam off the shelves, including her own. A Prophet for Our Time holds a critical ground, as attention turns to Islam and the Prophet with every scandalous event, whenever certain persons with “Arabic names” are engaged in violent acts, or some impudent remark or drawing to offend Muslims comes up in the West. Unfortunately, shock waves seem bound to keep coming, for as long as we wait for them to awaken us to the necessity of making an attempt to understand the “other.” As for Armstrong, this is what her efforts are all about: not only understanding the other, but also learning to respect them in order to live in a peaceful world.

A Prophet for Our Time is not a first. In fact, Armstrong published her earlier study Muhammad: A Biography of the Prophet in 1991, ten years before 9/11. Armstrong had seen that Western people were in no position to revise their negative impression of the Prophet. She writes that Western culture has a long history of Islamophobia that dates back to the Crusades, and that Christian monks of the twelfth century in Europe insistently defamed him. In her own words, “This distorted version of the Prophet’s life became one of the received ideas of the West, and Western people have always found it difficult to see Muhammad in a more objective light.” After 9/11, things got worse as some sectors of the Western media continued this tradition of hostility, and went so far as to make provoking insults. Her response in the face of this unfair attitude is virtually her mission statement on writing about the Prophet:

“We can no longer afford to indulge this type of bigotry, because it is a gift to extremists who can use such statements to ‘prove’ that the Western world is indeed engaged on a new crusade against the Islamic world. Muhammad was not a man of violence. We must approach his life in a balanced way, in order to appreciate his considerable achievements…”

A Prophet for Our Time is a short biography, but not in the classical sense. The author informs the reader about the culture and conditions of the time, with the awareness of addressing a Western audience. As the events unfold, the book focuses on different aspects of the Prophet’s life such as the underlying reasons behind his wars, marriages, and so forth. We have a portrait of a decent person who made certain decisions and acted in a certain way for fair and understandable reasons. Rather than a holy figure, we are presented with a moral and social reformer who, in the face of a new situation, falls into a deep trance and then comes up with what he “believes” to be revelations to settle the issue. It should be noted that the overall narration reflects in many ways the tradition of Orientalist scholarship in which elements of Islam are explained by reference to the pre-Islamic society of the Arabian peninsula.

Here, one cannot help but remember Said Nursi challenging the critics of the Prophet. He wrote that if a person claims to bring messages from God, he is either telling the truth, or is the greatest liar. What we see in A Prophet for Our Time however, is an attempt to find a position in between. A comment in The Economist about the earlier biography summarizes the author’s stance: “respectful without being reverential…”

The Muslim audience may find the book a bit disappointing. In fact, the book has various points on which Muslims will agree, beg to differ, oppose, and even find offensive. Take the Prophet’s marriages for instance. They are explained in quite an agreeable way. However, Muslim scholars reject the account of the Prophet’s marriage to Zaynab as given in the book. Muslims believe that God Almighty willed people to understand that an adopted son (Zayd) was not like a real son, and the revelation about this marriage simply shattered a pre-Islamic taboo. Although the book notes this dimension, it rather makes the case sound like a love affair. At this point, we had better turn our attention to the sources of the book.

Some Western critics praise A Prophet for Our Time for being based on early Islamic sources such as Tabari and Ibn Ishaq. However, those who are familiar with Islamic studies know that the significance of these scholars of the early period was their compilation and recording of verbal reports which varied in reliability. Their works provided precious material for the next generation’s scholars, like Bukhari and others, who meticulously refined these reports and included the authenticated ones in their books. However, Orientalist researchers have felt very easy about referring to the early period compilations, taking the weak and unauthenticated reports as true, and rationalizing everything in their own way. Thus, most of the narrations from Tabari and Ibn Ishaq in A Prophet for Our Time are actually taken from just such an commentary by Alfred Guillaume.

The gharaniq issue can be given an as example. A Prophet for Our Time repeats the claim that the Prophet did not at first condemn the worship of the cult of the three gharaniq-the idols which pagans believed to be the three “daughters” of God. Different Muslim academics have indicated why such claims are impossible, so it will suffice to draw attention to a simple fact. Belief in one God, with absolute rejection of any idols, daughters, or sons to be ascribed to Him, was essential in Islam from the very beginning: the first martyrs of Islam, Sumayya and Yaser, preferred to die than to accept the idols of the Quraysh.

A Prophet for Our Time useful book from different aspects. Above all, Armstrong’s powerful language is especially commendable for its success in reflecting the author’s positive approach and dedication to mutual understanding between members of different faiths and to promoting a sense of “compassion” across the world. In this regard, Muslims as well as non-Muslims should respond to her call with their support. With due respect to her decent cause, I would still encourage those who would like to learn more about the Prophet to look for publications that are based on more authentic sources of Qur’anic exegesis and Traditions, and to be cautious about information derived from other sources that simply narrates narrations without any filters of authenticity.