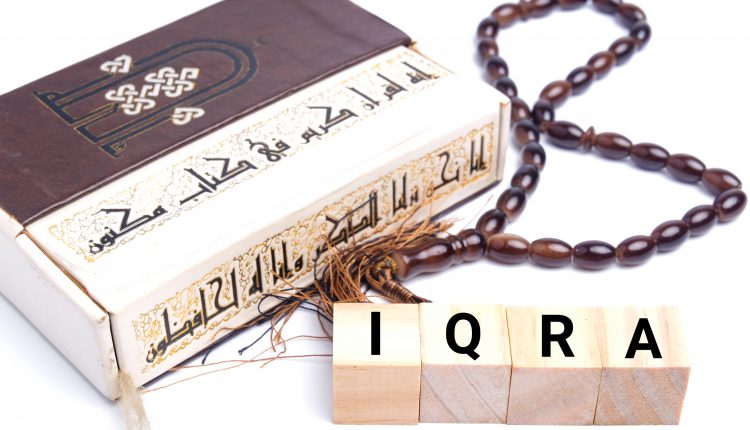 Or did he-the one for whom veils were lifted with the verse “Read!”, and thus who could read the mysteries of the universe-ever read and write in the sense that we understand?

The Arabic word that is used to describe the Prophet’s illiteracy is “ummi.” This word is derived from “umm,” which means “mother, the middle or navel of everything, where everything or something springs up.” Ummi, thus, connects the Prophet to his mother and refers to his purest nature which remained as unsullied as on the day she gave birth to him. This word also refers to the Prophet’s connection to his birthplace, Mecca, which is described in the Qur’an as “the mother of towns (Umm al-Qura, 6:92), and to the holy shrine Ka’ba, the mother of houses (Umm al-Buyut). The Prophet, peace be upon him, could not read the Torah or Bible or other books. God did not teach him to read or write, and this was one of the requirements for his messengership.

In fact, the following verse states this: You did not (O Messenger) read of any book before it (the revelation of this Qur’an), nor did you write one with your right (or left) hand. For then, those who have ever sought to disprove the truth might have a reason to doubt (it) (29:48). As can be understood from the verse, writing and reading were not taught to the Messenger of God. If he had known how to, those pursuing falsehood would have said, “He takes previous books, reads them, and explains to us what he read.” However, everyone-friends and foes-knew that the Prophet was illiterate. Consequently, here we see that his not being able to read and write is related to his messengership, and this fact was confirmed by his peers during his time, the Age of Happiness. In this respect, the Prophet was not made to write.

However, it is necessary to say here immediately that knowledge does not mean being able to write. The Messenger of God was given the knowledge of both former times and of the times to come. When God poured his blessings over him, the horizons lying between the East and the West cracked open, and he saw everything in front of him like the pages of a book, from an atom to the globe and from the macro-realm to the micro-realm. God blew into his spirit the capacity “to express and read the truth” when He said, “Read!” (96:1). God said “Read” and He made His Prophet recite as he memorized the revelation all at once. His words that he spoke in relation to every concern of life outside of the Qur’an are a separate treasury of knowledge, and this treasury is called “non-recited revelation” (wahy al-ghayri matluw). Non-recited revelation means revelation other than the Qur’an that was blown directly into the Prophet Muhammad’s spirit by God by means of Gabriel.

God’s Prophet spoke throughout his life, and the distinguished Companions at his side recorded his speech. At one time some Companions thought that it was not right to record things spoken by him who as a human being could get upset at times. Abu Hurayra describes this incident as follows: “None among the Companions of the Prophet know more hadith (the Prophet’s sayings and actions) than me; however, Abdullah b. Amr ibn al-As is an exception, for I did not write it, but he did.” Actually, according to the statement of Abdullah b. Amr, he would write down everything he heard from God’s Messenger. Some said to him, “You write every word that comes out of the Prophet’s mouth, but he is a human also. There are times when he is angry and times when he is pleased” (Hadith narrators conceal whose words these were as a matter of courtesy and because it is not necessary.) Due to this, Abdullah ibn Amr stopped writing and informed the Prophet about it. The Prophet raised his hand to his blessed mouth and said, “Write! I swear to God in Whose hand my life is that nothing but the truth comes out from here.”

Even if he was a human, he was still a prophet; his anger and his pleasure were for God, and he always spoke the truth in every state. Yes, none of his words were from whim, and they did not stem from human desires. More correctly, he did not speak from himself, but only what was revealed to him (see 53:3). The Prophet’s illiteracy should not be understood to mean that he did not know anything. Even before revelation came he was a perfect and exalted spirit. He acted according to the remnants of the religion of Abraham, peace be upon him. He was known by those around him as a virtuous person. If that had not been the case, at a time when people were killing one another in Mecca, would they have turned to him as a judge? God created him special. Then, He reflected His own knowledge to that mirror, and we witnessed the truths belonging to God in His Messenger.