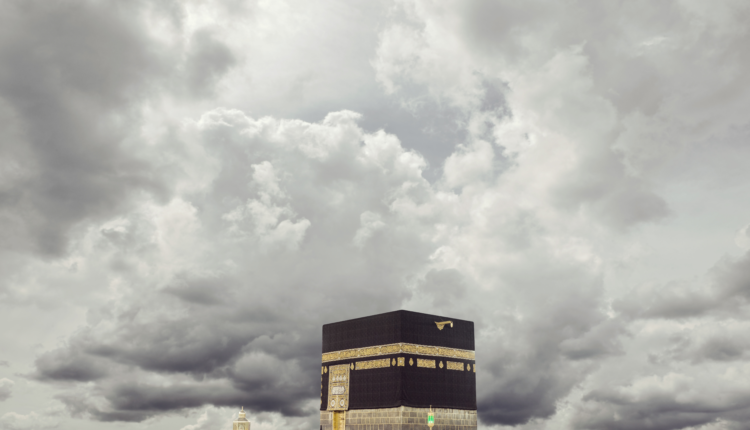 Was the city of Mecca sacred even before Islam? Yes. Mecca was deemed sacred by many tribes all over Arabia because of the Kaaba, the sanctuary built by Prophet Ibrahim and his son Ismael by Allah’s order for the worship of one God. However, the Arabs had replaced Ibrahim’s monotheism with polytheism. Arabs went away from the idea of worshipping one God only; hence, they adopted the idea of worshipping idols besides Allah. As a result, the Kaaba which was built as the House of Allah, then became a pantheon of idols numbering 360 just before the arrival of Islam.

People all over Arabia used to travel to Mecca annually to visit their idols at the time of pilgrimage. Mecca had a tribal society and it was ruled by the tribe of Quraysh which had the distinct privilege among other tribes in the Arabian Peninsula, because they were the ones who hosted the pilgrims, provided with water and other things to the guests in Mecca.

Besides, the Quraysh had annual festivals in Mecca where they would offer sacrifices to their idols in order to show their devotion. They believed that they fulfilled their duty towards their gods and goddesses by doing so. Additionally, the ritual of hajj that had been carried out since the time of Prophet Ibrahim had been degenerated. They clapped their hands during the ritual. Also, people whirled around the Kaaba naked if they could not afford to buy brand-new clothes. For them it was not appropriate to circle around the Kaaba with the clothes on in which they had sinned.

According to the Pre-Islamic Arabs, Allah created the world; yet, at the same time Allah was associated with partners as subordinate deities or mediators in order to reach Him. In other words, they believed that worshipping the idols brings them closer to Allah. The three most venerated deities by Quraysh were called Uzza, Manat, and Lat. They were considered as the daughters of God. Each goddess had different characteristics and tasks for Arabs. There were other notable deities as well. Hubal was one of them which was greatly respected by the Arabs.

One may ask how idolatry began and spread in Mecca while most of the Arabs were monotheists at first? According to the historical records, idolatry began in the 3rd century in Mecca. The Kaaba and Mecca were under the control of Khuzaa tribe at that time. Amr ibn Luhay who was one of the leaders of the tribe went to Damascus for trade. He saw there some people worshipping idols. He asked about it. People responded him that the idols helped them in many ways. For instance, they asked rain from their idols when needed, then they got the rain. Amr wanted an idol from them to bring to Mecca with him, and they gave him the idol called Hubal. He erected the idol in the courtyard of Kaaba and invited people to worship it. Out of ignorance, people began to worship that idol. Later on, each family had their own idol, and they brought their idols to the Kaaba. Then, idolatry quickly spread throughout the Arabian Peninsula and became the leading belief of the people in the region.

Other religions that were known to Arabs

Majority of Arabs in Mecca were polytheists; however, there were few Meccans who rejected idol worshipping and adhered to the religion of Ibrahim. These people were called Hanif which literally means pure and clean in Arabic. It also refers to the people who incline towards the truth in Arabic language. The Qur’an also calls Ibrahim as Hanif in 3:67. The followers of Hanif religion believed in one true God in pure submission. They turned away from idols and declared that these idols would not be able to harm or benefit people. Hanifs ate only that which was slaughtered in the name of Allah. Prophet Muhammad’s both parents, Amina and Abdullah, were Hanif as well. These people also can be called the people of fatrat  (interval or break) period in which they did not get any Divine revelation since Prophet Ibrahim.

The Arabian Peninsula was experiencing social and moral corruption before Islam. Since Arabs had a tribal society, there was not a central authority. Each tribe had its own rules and regulations, also each tribe claimed to be superior to the others. Consequently, the tribes in Mecca were frequently fighting with each other. Meccan Arabs, themselves, called the Pre-Islamic period as the Jahiliyya, meaning Age of Ignorance, or Age of Immorality. People lived in that age described themselves as being uncivilized; the powerful oppressed the weak, there were no laws in society, and bloodshed was so common and normal. People were divided into classes in the society. The slaves were treated badly. Adultery and fornication were more common than legal marriage.

Women were considered as a second-class entity. Some people were ashamed of having a female newborn because of the fear of poverty or dishonor. They were afraid that when they grew up they would damage their honor; or they would be a financial burden on their parents in the future. Those who could not carry the burden of this ‘shame’ would either end the lives of their own female babies; or bury them alive. The Qur’an also points this case in the following verse: “And when the news of (the birth of) a female (child) is brought to any of them, his face becomes dark, and he is filled with inward grief! He hides himself from the people because of the ill of which he has been informed. Should he keep it in humiliation or bury it in the ground? Unquestionably, evil is what they decide.” (Nahl:58,59)

A companion of Prophet Muhammad (ﷺ), narrated one of his stories he had in the age of ignorance. He said: “O Messenger of God! I had a daughter. One day I told her mother to dress her for I was taking her to her uncle. My poor wife knew what this meant, but could do nothing but obey and weep. She dressed the girl, who was very happy that she was going to see her uncle. I took her near a well, and told her to look down into it. While she was looking into the well, I kicked her into it. I heard her screaming saying: “Daddy, Daddy! While she was rolling down!” Prophet Muhammad sobbed after hearing the story of his companion.

Jahiliyya Arabs were worshipping stones, food, earth, anything that they claim to be intercessors with God. For instance, when they got hungry, they would cut their idols into pieces and eat them. When they were asked why they do that, they would answer: “We are following in the steps of our ancestors.” This was their only excuse.

In short, the society was in darkness and the world was in need of guidance from God. When humanity was in dire need of someone to bring the authentic faith back to the society and give a new life in to the world, Allah sent Muhammad, ﷺ, to return the faith into its purity.