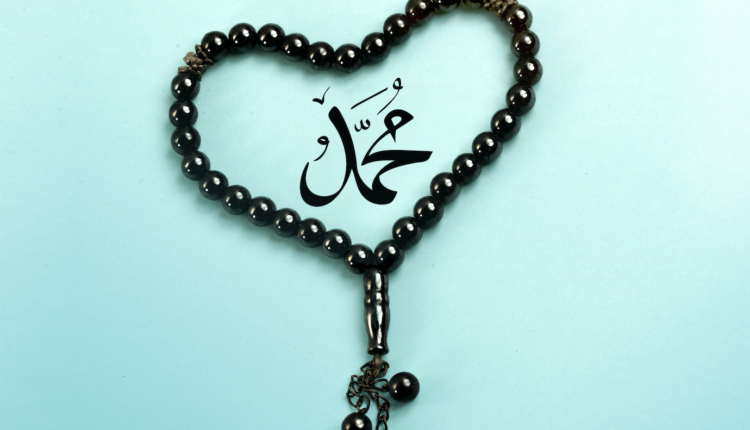 The Prophet Muhammad is like the core of all the good deeds, prosperity and divine blessing. He is the unfailing, unerring guide, the exemplar to be taken as a model by all, and the one who leads to the Right Path, who establishes the best methods to serve God and mankind and thus ushers a new era to enable human beings to live humanely.

He is the means, appointed by God, to take people out of darkness to the light. Accordingly, he will be given the equal of the reward earned by the good deeds of his community. In accordance with the principle “one who causes is like the doer,” the same amount of reward for the good and righteous deeds done by his people will go on being written in his book of reward till the Day of Judgment.[1]

To the Prophet belongs the Maqam al-Mahmud, the praised position or rank assigned to him as intercessor in the Day of Judgment. His book of reward will not be closed from the time of his death. Rather, abundance of good works and pious deeds will be added to it, his rank will increase ever higher, the scope of his intercession will expand further, and thus, as God wills, he will have a right to intercede for greater numbers, masses, of the people of his community.[2] For this reason, we will look at this question from two different angles:

First, by uttering the formula calling God’s benediction on the Prophet, we renew our oath to the Prophet and the desire to belong among his community. That is, we say: “We remembered and thought of you as our Prophet and prayed God to increase your worth and degree, and we join and relate ourselves to you.” Since our prayer is made with the intention that God will increase the degree of esteem of the owner of the Maqam al-Mahmud, his sphere of intercession will expand and thus many more people will be able to benefit from his intercession on the Day of Judgment.

Secondly, one’s prayer to God that the Prophet’s rank be increased is a means to be taken under the protection of the Prophet and thus one’s hope of intercession is enlarged. That is why it is we, rather than the Prophet, who are in need of invoking God’s blessings and peace upon him. By doing so we acknowledge the Prophet as the Prophet, his greatness and authority, and, at the same time we acknowledge our smallness, our nothingness, our need for belonging to his community. Just as a person can regard the state of which he is a subject or citizen as potent to assist him in case of need or danger, so do we stand in need, on account of our incompetence, poverty, and the anxiety of a terrible Day of Reckoning-even now, in advance, we can feel the oncoming, shock of that Day- of the refuge and safety of the Prophet, and we seek that refuge through our invocations, inform him of our present state and give him a petition to be remembered.

May God honor us with the intercession of His Prophet, the one who has by God’s leave, the widest right of intercession on the Day of Reckoning. Reflect, too, on the good news that God allows to every Prophet something that he may pass on to his people. When the other Prophets were granted the right to ask something for their peoples, they all asked for something in this world. But the Prophet said: “I left what I would give to my people to the Hereafter, and that is my intercession.”[3]