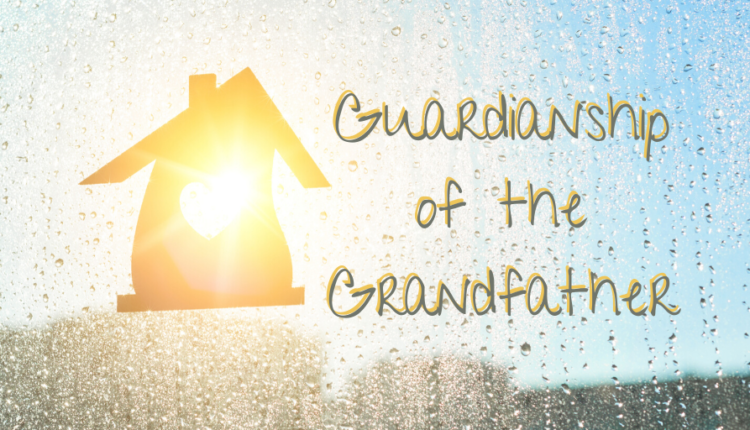 The death of Amina and the orphaned state of our beloved Prophet had grieved Abdul Muttalib just as everybody else. He showed such great affection to his grandson that it would help him forget the absence of his mother and father. There was a divan that had been set up for Abdul Muttalib in the shade of the Ka’ba. He would meet people here, he would see to the business of Mecca at this place. Nobody else would sit on this divan except for him, including his sons, as a token of respect; they would form a circle and sit around it. There was only one young man in Mecca who did not abide by this rule, and that was the son of Abdullah, our beloved Prophet. He would sit by his grandfather; he would hold him from the back of his turban and pull him. To those who tried to prevent him from doing so, Abdul Muttalib would say: “Leave my dear grandson to his devices. I swear by Allah that his future is very bright, his situation very serious.”

He would then stroke his grandson’s back and then sit by him.1 It was clear that his grandson’s actions pleased him and he was not ready to let anyone interfere with his behavior, for he expected many great things for him in the future.

One day Abdul Muttalib went to Yemen with a delegation from the Quraysh. At the time in Abyssinia, Sayf ibn Dhi Yazan was king, a king whose coming had been foretold by the oracles Shiqq and Satih. When the king saw Abdul Muttalib before him, he started to pay special attention to him. This had caught everyone’s attention and everyone was trying to understand the reason behind this. At last Sayf took opportunity of a moment when they were left together, and started to address Abdul Muttalib in the following way: “O Abdul Muttalib! I will disclose certain secrets to you from my own special wisdom and knowledge. I will not repeat these to another man. I feel the need to say these to you. I see his birth within your people. Let these stay with you till Allah allows it, and do not speak of them to another person. It is true that in the deep knowledge that we engage in and the pages of secret books which we do not share with the public but keep to ourselves, we see that a great good will come. In this good and important event the honor and virtue of all humanity, but particularly the honor and virtue of yourself and your delegate is hidden.”

The king answered: “A boy will be born in Tihama and there will be mark between his two shoulder blades. Leadership will be this boy’s. He will be your leader till the Judgment Day. These days are the days of his coming. His name is Muhammad. His father and mother will die and his uncle will look after him. We keep speaking about his coming among us all the time. Allah will send him openly and will choose among us his aides. Those who stand by him will be exalted with him; those who oppose him will know defeat. Allah will protect him from evil that man may devise against him and the world will be open for his conquest. He will be full of a sense of duty towards the Gracious, as away from evil thoughts as possible. Fire worship will end with his coming and worshipping idols will be history. His word is the last word. He judges with justice. He orders the good, himself acts good. He keeps people away from evil and tries to root it out. I swear by the Ka’ba and in its beautiful ornaments, you are his grandfather O Abdul Muttalib! There truly is no untruth in this. I hope you have understood what you have to understand from what I have told you and I hope the message has reached its place.”

This clear explanation had of course been understood by Abdul Muttalib, for there were things he already knew beforehand. He first shook his head. There seemed to be a sign of weariness upon him that showed the accumulation of his years. Maturely and in a manner that demonstrated the weight and responsibility he carried, Abdul Muttalib said: “Yes dear king! I had a son. I loved him very much and I cared for him meticulously. That is why I had him married to the most munificent girl in my tribe, Amina, the daughter of Wahb. Amina gave birth to a baby boy and I named him Muhammad. But both his father and mother have died. Now he is under my and his uncle’s protection.”

Here Sayf took his turn to speak: “That is what I meant to tell you. Protect him well, especially from ill-meaning and jealous men of religion. It is true that they will not be able to hurt him. Had I the knowledge that I will not die till his coming, I would go with all my army and set camp in Medina, and wait for him, for I see in the recited book and previous scholarships that Medina will be the place he will establish himself, where his Companions will come from and where he will be buried.”2

They had finished their business in Yemen and had returned to Mecca. What Sayf ibn Dhi Yazan had said occupied Abdul Muttalib’s thoughts. Maybe those looking from outside were not aware of this but his world was filled with thoughts and dreams about his grandson; he was contemplating the grace and difficulties he would be faced with; he couldn’t stop himself from thinking about all these. Just as for his own people, Abdul Muttalib was a settler of disputes for people from other tribes as well.

Sometimes delegates from outside Mecca would come to him and ask for his advice. On such a day as that a number of scholars from Mudlij came to Mecca. These people, who followed the footsteps of Prophet Jesus, peace be upon him, knew of his coming, just as Sayf ibn Dhi Yazan did. As they walked towards the Ka’ba, they fixed their eyes upon a youth that they had come across. They were watching him in awe and could not help in expressing their astonishment. They could not resist so they approached him and told him that they wanted to speak to him and to get to know him better.

Umm Ayman noticed what was going on, and feeling uncomfortable with such great attention, she tried to intervene: “Do not touch that boy!”

The men recoiled from having done an unseemly deed in a country they were strangers in and so they stepped back. But they could not help ask certain questions that would satisfy their curiosity. One of them stepped forward and asked: “Whose is this child?”

In the absence of a father, a grandfather or an uncle would be considered as the rightful guardian, and so Umm Ayman answered:

This was a name they already knew. He was the leader of Mecca. They had come to the city to visit him. They asked Umm Ayman where they could find him. They were directed towards the Ka’ba.

Before long they found Abdul Muttalib on his divan in the courtyard of the Ka’ba. After greetings, they brought the subject to the boy and asked: “We met a beautiful boy today while we were coming here. The woman with him said that the boy belonged to you.”

“Yes it is my boy,” answered Abdul Muttalib.

“No it can’t be,” said one of them and added: “It can’t be, for the father of this child must have died before he was born.”

It was clear that the men knew of something and it was necessary to speak clearly. Just like the Yemeni king, it appeared they too knew something. That is why Abdul Muttalib explained: “Yes, he has been entrusted to me by my son, that is to say, he is my grandson.”

Now things were clearer. The doubt that was nagging at their minds had disappeared. What they had seen explained that this boy was the Personage that they had been waiting for. One of them came forward and said: “The boy’s footprints are the same as the foot prints to be found in “the Sacred Station of the Prophet Ibrahim” That is to say, he comes from the lineage of Ibrahim. The beauty in his face, the color of his eyes… His disposition and purity of stature… The exaltedness in his character… The mark between his two shoulders, they all point to the fact that this boy is the Awaited Messenger.”

Another added: “We have been reading about the qualities of a Messenger who would come from the lineage of Ismail and who would be the last of the Prophets in various books. According to this information the place that this Messenger will appear is Mecca.”

Meanwhile, the orphaned Muhammad, peace and blessings be upon him, came to his grandfather’s side. All eyes turned to him at once and the gazes were measuring the Pride of Humankind.

One of them whispered in Abdul Muttalib’s ear: “You have to take good care of this child,” and then added: “For if the jealous religious scholars understand that this boy is the Awaited Messenger, and they do know that he will come, they may harm him.”3

Abdul Muttalib was now lost in deeper thought than before; for anyone who had some knowledge of religion knew that the charge Abdullah left behind, was the Awaited Messenger; and they all shared one worry: that they would not be able to protect him from jealous religious scholars. This was another worry on top of all the worries Abdul Muttalib had.

By now the Pride of Humankind was a little older than eight years of age. Abdul Muttalib had grown old and was about to leave the world. One day he called his other son Abu Talib to his side. With due dignity and gravity and said: “The fame and glory of this son of mine will be great and I entrust him to you.”4

And before long, Abdul Muttalib who was now around eighty two years of age, breathed his last.

The Pride of Humankind who got news of his grandfather’s death stood by his lifeless body, and cried over the great man who had taken care of him with deep affection.5

It was clear that taking his father, mother and then his grandfather Abdul Muttalib away from him, fate was turning the face of the Last Messenger to the affection and mercy of the Gracious Lord, and establishing a subconscious link that would allow him to receive the revelation coming from Him in all purity.

Since he was the savior of mankind, he had to be educated by the Possessor of Wealth and Power directly, rather than the directives of mortals, even if they be his mother and father. This was the frame within which all events took place concerning the Messenger of Allah.